Want to Get Out of Your Non-Compete Agreement?

EARN’s tactic helps coworkers escape their non-competes together BEFORE changing jobs by forming a pop-up employee association. See our Media Coverage and FAQ below for details. 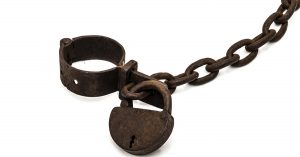 What are non-compete agreements and are they enforceable?

Many employees include non-compete clauses in the employment agreements that their employees are required to sign. A “noncompete” prohibits or restricts an employee from working for a competitor, usually for a year or more after their employment ends. These agreements typically don’t include a list of the companies considered competitors.

Non-compete agreements are enforceable in most states (list below), but not in California or India. In China and many developed countries, employers are required to pay at least partial compensation during the time that a former employee is restricted in where they can work.

Noncompetes can prevent employees from changing jobs in a couple of ways without a court even finding that the employee has violated the noncompete:

Nationally, there’s been a 60% increase in court decisions over non-compete agreements since 2002 (WSJ). In one Massachusetts court (the Business Litigation Session), over the past five years employers were almost twice as likely to obtain preliminary injunctions enforcing non-compete agreements as they were in the 10 years before that.

How can forming a pop-up employee association help me get out of my non-compete agreement?

“Because EARN’s ‘pop-up unions,’ organized under the National Labor Relations Act, are designed to only engage the company on one issue and then dissolve, companies would rather negotiate and move on than deal with the creation of a full-fledged union in its midst…” (from The End of the Noncompete Clause in the Harvard Business School Alumni Bulletin).

Any group of two or more non-supervisory U.S. employees can trigger an election to certify a pop-up employee association to bargain on behalf of its members to eliminate their non-compete agreements, if at least 30 percent sign a membership petition, as long as the employees qualify as a “bargaining unit.” A qualified bargaining unit is determined by the National Labor Relations Board (NLRB) “on the basis of a community of interest of the employees involved.” For example, the NLRB determined that approximately 30 cosmetics counter workers at a single Macy’s store qualified as a “micro” bargaining unit. 14 Instacart employees working onsite at an Illinois grocery store held a successful representation election in 2020.

The NLRA‘s protection of employees’ right to organize and discuss work-related issues without retribution, including non-compete agreements, cover only non-supervisory employees. However, the definition of non-supervisory can be quite broad. Physicians, including department chairs, and tugboat captains have been determined by the NLRB to be non-supervisory.

How do we get started?

It’s easier than you may think. Starting a pop-up employee association can be like starting a club. You don’t have to incorporate, or register as a non-profit.

Your association’s initial objective should be to gather qualifying signatures from the members of a qualified bargaining unit. Your closest NLRB regional office can help you determine what group(s) of employees would qualify as a bargaining unit. You can also search online for “labor law firms” in your state that represent employees, or contact us. Note that we’re volunteers, not attorneys, and can’t provide legal advice.

The NLRB requires signatures of 30 percent of the employees in a bargaining unit in order to hold a certification election. However, standard practice is to gather signatures from 50-60% of a unit’s employees to provide assurance that a majority will vote to certify the association in an election.

How can we gather signatures to trigger an election to certify a pop-up employee association?

How does EARN's tactic benefit from U.S. labor law?

EARN’s approach follows the rules laid out in the NLRA, which require gathering signatures for a representation petition.

However, pop-up associations adopting EARN’s approach seek to negotiate with employers solely over the issue of non-compete agreements. It’s typical for employee organizing efforts to be triggered by a single workplace issue. Often employers will seek to resolve that issue in order to reduce the incentive for employees to join a union. If the employer eliminates non-compete agreements for its employees in hopes of stalling a signature-gathering effort, the effort will have succeeded.

What if an employer refuses to negotiate with an employee association over a noncompete?

Unlike traditional unions, which may use indefinite strikes as a negotiating tactic, pop-up employee association members may prefer to take any work actions only outside of regular work hours. They may jointly decide to consider work actions limiting work-related activities only during specific weekends or evenings. For example they may agree not to respond to work-related communications over a weekend.

Can my employer take or threaten adverse actions against me for organizing a pop-up association with my colleagues at work?

It’s unlawful for an employer to “interfere with, restrain, or coerce employees in the exercise of their rights.” Employers are prohibited from “threatening, interrogating, or spying on” employees, or offering them incentives not to associate. These NLRA protections only cover non-supervisory employees. However, the definition of non-supervisory can be quite broad. Physicians, including department chairs, and tugboat captains have been determined by the NLRB to be non-supervisory.

If you experience or observe violations by an employer or its representatives, document the circumstances and contact your closest NLRB regional office. If a non-supervisory employee is terminated for exercising their rights under the NLRA, they can file a complaint with the NLRB. The NLRB will pursue their case for them without the need for the employee to hire an attorney. The employee is entitled to reinstatement and reimbursement of lost earnings, but cases can take a long time to be resolved. However, in some states, including New York, the non-compete agreements of employees terminated without cause can’t be enforced.

Which states will enforce a non-compete agreement?

What else can I do to help limit noncompetes?

Contact your U.S. Senators and Representative to ask them to support the bipartisan Workplace Mobility Act recently re-introduced by Senators Todd Young (R-Ind.), Chris Murphy (D-Conn.), Kevin Cramer (R-N.D.), and Tim Kaine (D-Va.) that would ban noncompetes for virtually all workers. You can also urge the Federal Trade Commission to issue guidance or rules restricting their use, as the Biden Administration has recently done.

Bonus question: What profession is exempt from non-compete agreements across the U.S.?

Attorneys as a profession have successfully advocated to be exempted from noncompetes in all 50 states. Still, some attorneys representing employers are among the most outspoken opponents of noncompete reform.

Some insight into their conflicting interests comes from the New Jersey Law Journal: “It’s not only the substance and effect of non-compete agreements, but also disputes over where and how to adjudicate them, that breeds litigation, and thus work for attorneys.”

The state court rules exempting lawyers from noncompetes are based on American Bar Association Model Rule 5.6, “Restrictions on Rights to Practice,” which had its origin in 1961, initially based on “the unreasonable restriction of the right of the attorney to practice law” according to the Saint Louis University Law Journal. The justification morphed over time into “the client’s right to choose counsel.”

What is EARN-TEE for Dell EMC employees?

What Others are Saying about EARN and Non-Compete Agreements

“IEEE‘s Worcester (Massachusetts) Section supports EARN’s efforts to reduce the burden of noncompetes on Massachusetts technology professionals. Noncompete agreements lower the Massachusetts technology workforce’s ability to respond to changing market conditions, and thereby reduce the flexibility and competitiveness of the Bay State’s economy. These agreements can have a chilling effect on individual professionals’ ability to pursue careers they have studied hard and invested to achieve. A one year noncompete is equally damaging as it makes it impossible to maintain career continuity or to pursue a bona fide offer in a similar field. We would support specific intellectual property exclusions to protect corporate trade secrets rather than blanket restrictions on responsible professionals.” – C. Vernon Gaw, Chair, Worcester County Section, IEEE